Lawsuit:14 women accuse Lyft of failing to protect them from rape, sexual abuse 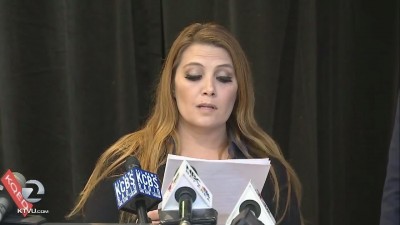 SAN FRANCISCO (KTVU)Â - A lawsuit was filed against San Francisco based Lyft on allegations that riders were sexually assaulted or raped by their drivers.

The suit was filed on behalf of 14 women and twoÂ victims spoke publicly about what happened to them on Wednesday.

One of the women from the Los Angles area says she was rapedÂ in 2018. Gladys says when she hopped into a Lyft, the driver turned off the app, falsely indicating that he had dropped her off.

She says the driver then proceeded to lock the vehicle doors and drove her around for five hours before taking her to a beach and raping her.Â She reported the crime to police and the driver was investigated but never charged with a crime because he claimed to investigators it was consensual.

Attorneys representing the women said one of the things they hope the “mass action lawsuit” changes is the rideshare app’s security measures.

Attorney Mike Bomberger says he wants Lyft to require fingerprinting, cameras inside vehicles, and to add a panic button on the app for passengers to use in crisis situations.

“Video of a ride would have shown my driver… I slapped him and broke my finger,” Gladys said. “It could have protected me and help ensure my Lyft driver stayed on course.”

Bomberger says Lyft is aware of the claims and has yet to make any changes.

“We know that Uber has made some basic changes, we haven’t seen Lyft do anything like that,” he said. “Lyft has shown a total disdain to making any changes.”

Attorneys said they won’t rule out of the possibility of filing a similar suit against Uber in the future because of safety concerns and numerous complaints of sexual assault in their vehicles.