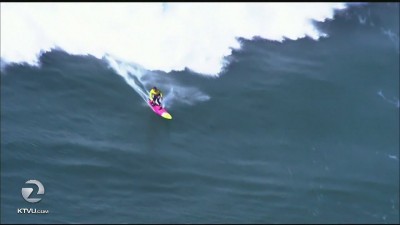 HALF MOON BAY, Calif. (BCN)Â - Â The Titans of Mavericks surf competition has been canceledÂ indefinitely, according to the World Surf League, which cited two reasons forÂ the cancellation.

One was “various logistical challenges” and the second “theÂ inability to run the event the last two seasons.”

Pat O’Connell, the World Surf League’s senior vice president ofÂ tours and competition, said in an interview posted on the organization’sÂ website, “The unfortunate part is that we won’t be running a competition atÂ Mavericks and that’s obviously super hard. But we want to create a betterÂ world for Big Wave surfing.”

Organizers held the popular event off the coast of Half Moon BayÂ in 2016, 2014 and 2013 but called it off last year, the year before, and inÂ 2011 and 2012.Â  Surfers will instead compete in Hawaii and Portugal later thisÂ year.