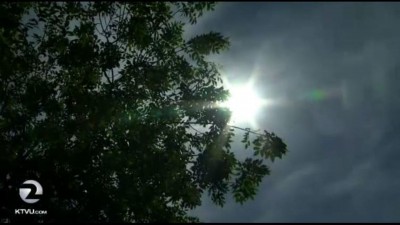 SAN FRANCISCO BAY AREA (BCN)Â - The Bay Area Air Quality Management District has issued a belated Spare the Air Alert for Wednesday after increased ocean breezes and a fog layer that were forecast to bring improved air quality have not yet shown up.

The alert is the fourth issued so far for excessive smog accumulation during the air district’s summer Spare the Air season that started in April, with the prior three coming on Sunday, Monday and Tuesday as the Bay Area experienced triple-digit temperatures and light winds.

The lack of a strong ocean breeze and fog layer prompted the district to issue the same-day alert to encourage people to limit strenuous outdoor activities and reduce solo driving.

Smog, or ozone, pollution can cause throat and chest problems and is particularly harmful for young children, seniors and those with respiratory or heart conditions, according to the air district.

To find out when an alert has been issued, residents can visitÂ www.sparetheair.org, call (800) HELP-AIR, download the Spare the Air app or find Spare the Air on Facebook or Twitter.