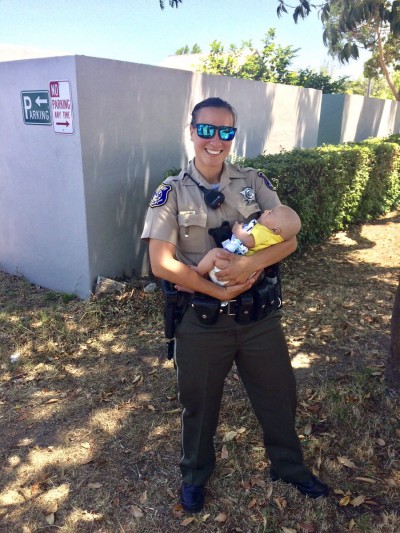 According to the Santa Clara County Sheriff’s Office, the baby boy’s mother accidentally locked her keys in the car and called for help.

Deputy Galan arrived at the scene around 12:12 p.m. and broke open a window to reunite little Oscar with his mother.