University of California tuition to remain unchanged for California residents 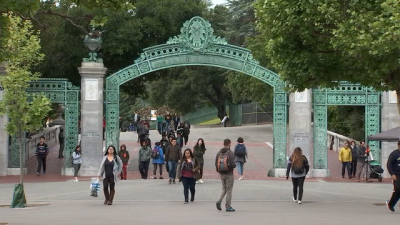 In-state undergraduate tuition at the University of CaliforniaÂ will remain unchanged next year, University President Janet NapolitanoÂ announced Wednesday at meeting in Sacramento.

University officials said that this is the seventh time in eightÂ years tuition has remained flat even though costs have been rising andÂ enrollment is growing.

In a statement, Napolitano said, “We are optimistic about ourÂ strong partnership with the governor and the legislature and will workÂ collectively to identify additional resources, in lieu of tuition revenue, to
ensure that UC students can succeed.”

UC tuition hikes have been controversial in the past. About 50Â union workers shut down a UC regents meeting in 2017 over a proposed tuitionÂ hike and labor negotiations with the university.

That plan includes money for helping students obtain their degreesÂ and be successful, expanding mental health services and for addressingÂ student housing and food insecurity concerns.